What Science Reveals about Bilingualism and Success

Ellinopoula.com’s quizzes are a simple and entertaining way for your child to flex his or her “brain muscles.” You could jokingly tell your child “the more new Greek words you learn, the bigger your brain will get!” and you wouldn’t be lying! 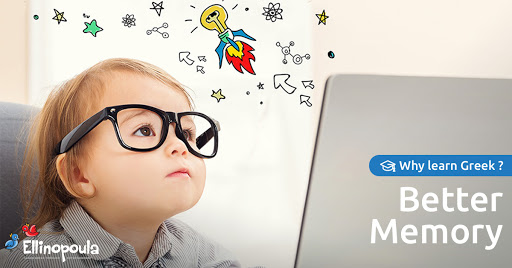 An increasing number of researches are putting forward the notion that a child’s working memory is the best predictor of ability and later success in life, even higher than IQ scores. Roughly speaking, working memory is the ability to hold on to information long enough to use it, and also the ability to concentrate. It’s key to learning but how does learning Greek relate to it?

Researchers from the University of Granada investigated working memory development in monolingual and bilingual children. They reported that not only does bilingualism improve working memory, but it also affects the global development of executive functions in the brain!

A great way for children to train their working is to play with our Memory Game which not only helps them learn Greek but also practices their memory.

Learning a second language gives children a new perspective on ideas, stories, values, and traditions. It helps children develop a more complete ‘world-view’, a much sought-after attribute in the globally competitive job market.

When a child has to switch between languages, for instance saying “good morning” to a neighbour and ‘καλημέρα’ to a grandparent, it strengthens executive functions in the brain. 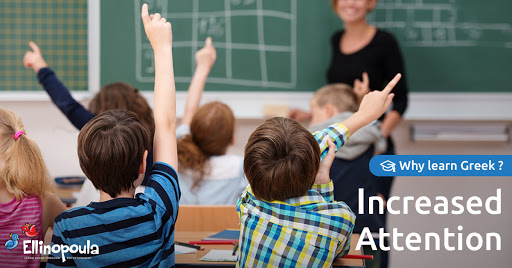 Bilingual content on Ellinopoula.com enables children to strengthen their attention by constantly switching back and forth between English and Greek. The “My Animal Friends” and “Short Stories” series offer children a great opportunity to cultivate this skill while enjoying fun content.

Beyond IQ, another crucial ability which determines a person’s success in life is empathy, defined as ‘the ability to understand and share the feelings of another.’ Empathy is fundamental in forming healthy and successful social relationships. What science reveals is that bilingual children develop empathy through engaging in bilingual settings. This is partly because different languages convey different meanings and nuances as they originate from and express different cultures. Ellinopoula.com’s Short Stories offer children an excellent opportunity to explore different characters and understand what’s going on in their minds as they express themselves in Greek.