Is it time for your children to learn Greek?

Is the Greek language about to experience worldwide resurgence? Quite possibly! Earlier in the year, we posted about Ms. Panorea Panagiosoulis’s remarkable achievement in establishing Greek as the only foreign language taught at the Harlem KAPPA IV public school; and just last week the French Minister of Education announced wanting to introduce Latin and Ancient Greek to public schools in France.

Now, there won’t only be an increasing number of iPad carrying children tempted to play the Maze or Halloween Game in the US, but also a very large number of children on the other side of the world will be tempted to give it a go!

What we’re referring to is Greek being established as an elective second language, throughout the Russian Federation, as of January 1st, 2017. That’s a country of over 140 million people! This is especially noteworthy considering that Greek was chosen over two of the most widely spoken languages in the world: French and Spanish. This is of tremendous cultural importance not only for the heritage of Greek Russians who will have more opportunities to learn about Aesop’s Fables, but also for all school children in the Russian Federation wanting to learn more about the cultural and historical ties between Russia and Greece, as well as Greece’s contribution to the world.

Immediate benefits of a bilingual brain

Recent advances in neuroscience and neuroimaging reveal that bilingual and multilingual brains look and work differently when compared to monolingual brains. Not only that, but learning Greek offers many cognitive benefits in its own right. Better problem solving skills, superior ability in focusing on and switching between tasks, improved memory and better decision making skills are just some of the benefits associated with bilingual brains. In the past it was assumed that growing up bilingual caused children to learn more slowly. New research suggests that the constant extra work that the bilingual brain does in choosing 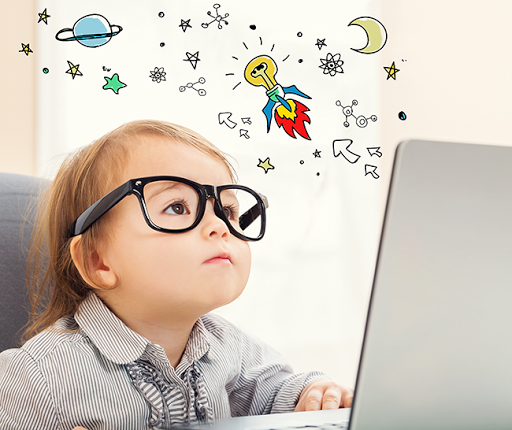 between words (dog-σκύλος) can enhance brain activity leading to better focus, multitasking and memory capacity. There is also some small evidence that shows that from a very young age bilingual and multilingual children develop empathy more quickly. Even with regards to adults, scientists conducted research on students before and after learning a foreign language which demonstrated a significant change in brain connections leading to better information processing.

The benefits of learning Greek in particular include engaging in a language built over the course of thousands of years, continuously being refined to convey ideas with high precision and logic. Starting from the most basic element, the alphabet, children whose mother tongue is English (or Russian), will be amused to see and learn the similarities and differences with their own respective native alphabets. Gradually, children will be exposed to a vast list of stems, roots and suffixes from which countless words in both Greek and other European languages are derived. For instance, when children learn the Greek word “αισθάνομαι/aesthanome” and its root “αισθ-/aesth-”, they can form a much stronger understanding of the concepts of “anesthesia” and “aesthetics”. Another example would be that of the preposition “περί/peri” (around); when children understand the concept, they are subsequently more capable in understanding related concepts. For instance, a periscope is not simply “something one uses to look out of a submarine”, but a device ones uses to “look around from within a submarine.

Reconnecting with our heritage 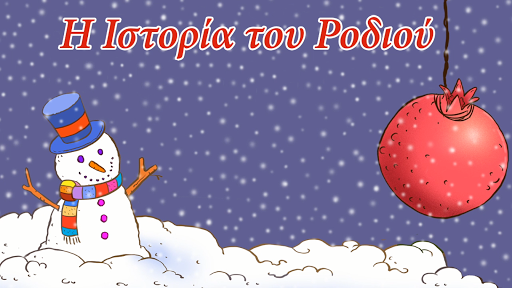 Learning Greek and Greek customs, such as a typical Greek Easter or the New Year’s Eve pomegranate story is a key factor in your child getting in touch with its Greek heritage and identity. Learning Greek enables children to better understand the land of their parents and grandparents, in turn leading to a better understanding of the rich cultural heritage they carry.

Looking back historically, Greek renaissances were often sparked by overseas diaspora Greeks. If we were to take into account the increasing number of toddlers learning Greek in the US, Australia, Russia and other European countries, by definition we are expected to experience a stronger, more connected worldwide Hellenic diaspora in the next 10-15 years. That means more “cross-diaspora” projects and opportunities in and in relation to Greece; Greek language skills will not only be a common point of cultural heritage, it will also serve as focal point of business communication.

Yes, the future of Greek looks bright, but let’s get back to the present time! Right now the fun part is that your child is entertained while learning Greek on Ellinopoula.com! An iPad and a wifi connection and your child is right on course to having a great time with games, quizzes, and video series designed to educate through entertainment!